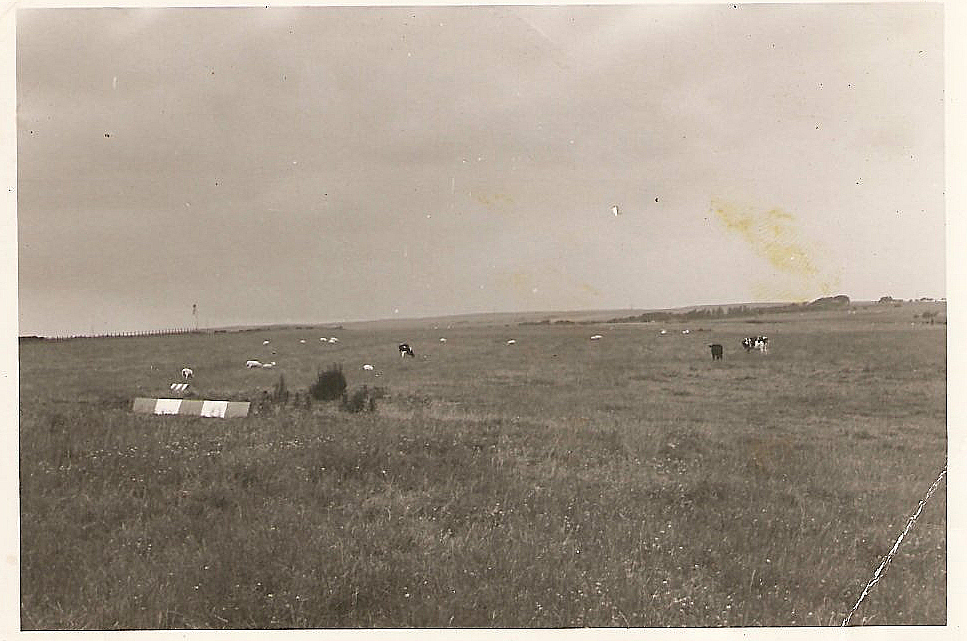 Strathaven Airfield looking to the west, c1964. No forest, or windfarm!

The Scottish Flying Club's history until 1947 is on our site here and by the late 1950s the club had all but given up on the idea of ever having an airfield of its own again. They had even tried being based at Prestwick, but were refused - and even had the issue raised in parliament!

Mr. Rankin (MP for Govan) asked the Parliamentary Secretary to the Ministry of Civil Aviation if he will now give the reasons for refusing the Scottish Flying Club permission to train at Prestwick Airport.

Mr. Beswick: When this application was made my noble Friend consulted the interests concerned, including the users of the airport, and after careful consideration of all the circumstances decided that Prestwick was not an appropriate location for the club.

Mr. Rankin: While I appreciate the difficulties that face his right hon. Friend, could I ask my hon. Friend if he will look into the possibility of providing alternative accommodation for this flying club, whose members played a very distinguished part in the Battle of Britain?

Mr. Beswick: Certainly. We will give them all the assistance and encouragement possible.

Sir T. Moore (MP for Ayr): Since the Minister is not allowing Prestwick Airport to be fully occupied by Scottish Aviation Limited, a private enterprise company, surely he can find some room for these amateur flyers, who may ultimately be called upon to play a part similar to that of the Battle of Britain pilots?

Mr. Beswick: I understand that it was Scottish Aviation, to whom the hon. Member refers, who among others were particularly against the idea of having the flying club at the airport.

On the other hand, at that time members of the PFA in Rutherglen led by Dr Frank Roche decided to build their own aircraft, a Turbi, and began to fly it from South Carnduff Farm, near Strathaven. It is said the last two letters of the aircraft's registration were his wife's intials. 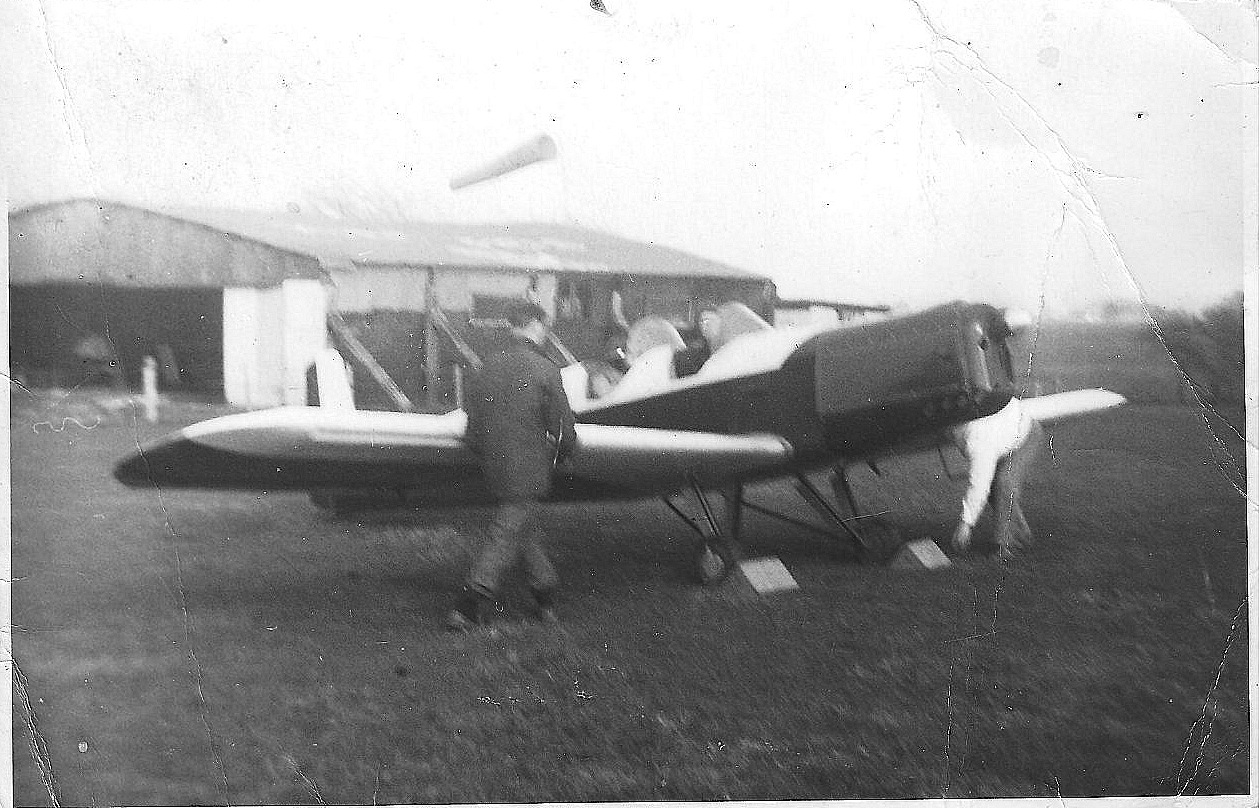 So when the PFA aircraft builders heard that nearby Couplaw Farm at Strathaven was coming up for sale, they persuaded the SFC to purchase it and apply for planning consent to use it as an airfield.

The purchase was registered on 9th March, 1964 in the Register of Sasines and the price was £7,000. The farmhouse was, it appears, pretty derelict but found use as a clubroom and provided basic overnight accommodation for a flying instructor. A small hangar was built - reputedly the recycled freezer hold from a merchant ship being scrapped on the Clyde, hence the external buttresses. 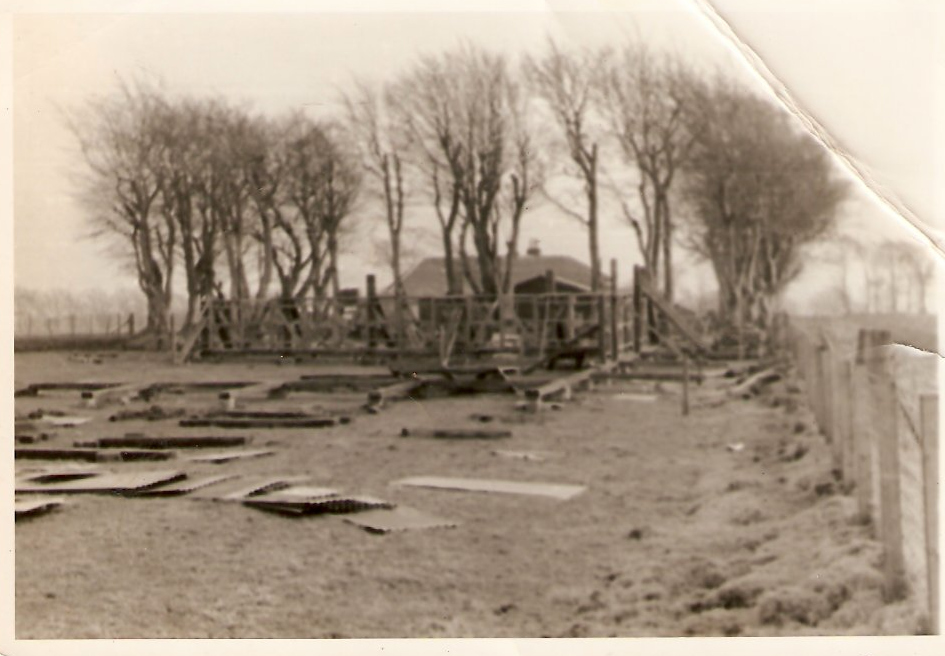 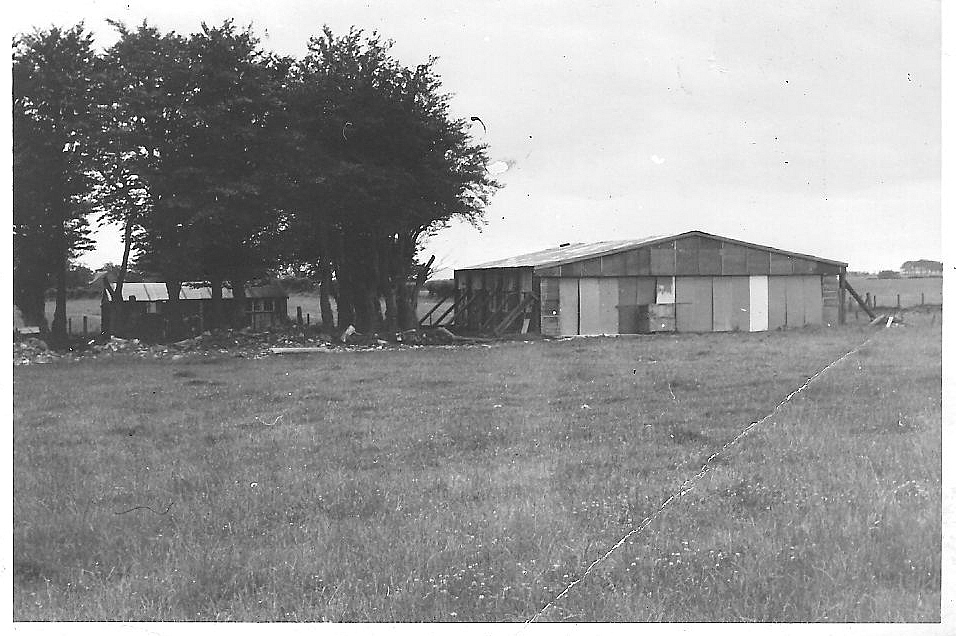 The original hangar under construction and once built, c 1964. Note the side "props" and lack of clubhouse.

One of the early users of the new airfield was the fledgling Scottish Parachute Club. Doctor Charles Robertson,a General Practitioner with a family practice on the South Side of Glasgow, made the club's first jump on April 10th 1960 at Scone Aerodrome Perth. 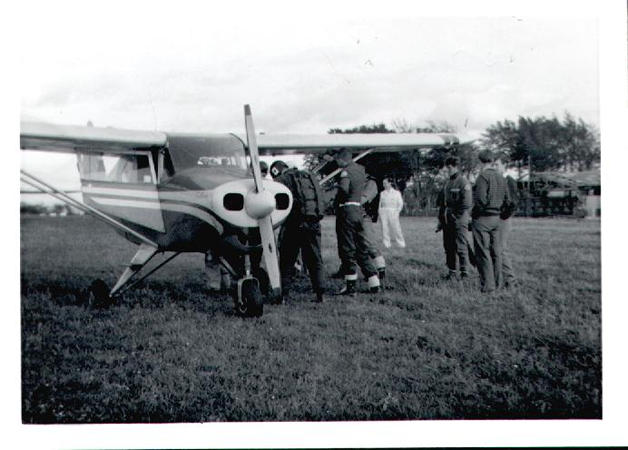 After three years at Scone, the club was looking for a new site and In September 1964, using a Piper Tripacer hired from Scotland's new airline - Loganair, they came to Strathaven. 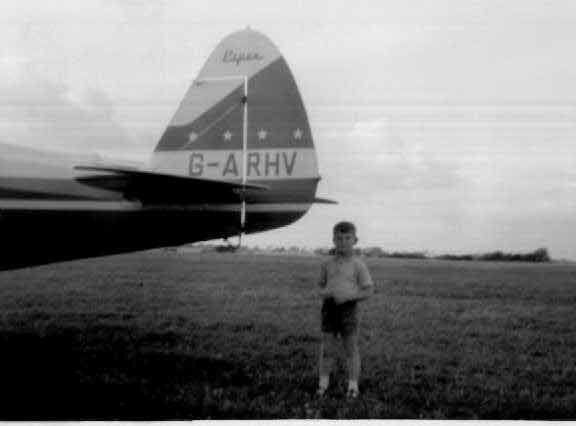 The Scottish Parachute Club operated at Strathaven for just one weekend, and - after moving over the border to Carlisle for a while - eventually ended up based at Strathallan Airfield in Perthshire, where they now operate as Skydive Strathallan.

Two years later, in 1966, the new Glasgow International airport opened at Abbotsinch. The final flight from the Scottish Flying Club's old airfield at Renfrew was to the new airport on 2nd May, 1966, and the M8 motorway was build on top of Renfrew's main runway.

Given the choice of a new international airport with a brand new motorway almost to the door, or a grass field at the end of a country lane, most pilots chose Glasgow. So the new airfield at Strathaven struggled to attract business. It had also had a bit of bad luck. The Rutherglen PFA (trading as West of Scotland Aero Club Ltd) bought a brand new Piel Emeraude, G-ASKR, in 1963, only for it to crash on take-off and be burnt out less than a year later.

Piel Emeraude, G-ASKR, undergoing maintenance in the hangar at Renfrew..

Various other aviation activities also happened, such as parachuting and gliding. In the early 1970s, the Glasgow University gliding club was based at the field and gliding had now become the primary activity at Strathaven.

So by the middle of that decade, The Scottish Flying Club was little more than a small committee of ageing members who were the landlords of a small airfield. The committee finally decided that the club should be wound up, the derelict old farmhouse sold and the airfield given to the RAF Benevolent Fund "in the hope it would continue to be used for flying".

Some of the cash raised from the sale of the farmhouse was given to the gliding club to build the small clubhouse we still use to this day, and the remainder was donated to the Erskine Hospital veterans home.

All photos, other than the newspaper clipping and parachuting, courtesy of Edward Campbell, who learned to fy at Strathaven in the 1960s and then emigrated to Australia

Go back to top of the page